※ Denotes chart has been changed from the previous arcade charts: 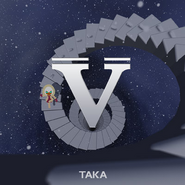