Utacchi have similar gameplay as Pop'n Music; however, Utacchi only have four notes (red, blue, green, and yellow), and they are themed as frogs and droplets. When the notes fall to the bottom, the player have to tap the note with the DS stylus.

Each note correspond to a part of the vocals of the song. Each song has two difficulties: Easy and Hard, with the exception of 5-Line mode which has only Hard difficulty.

As the bad news is here, the increasingly popular K-SUKE and Nattsun's reach their sources. 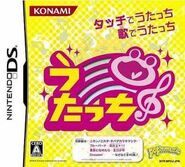 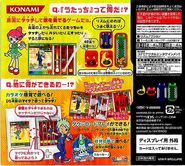 The back cover of Utacchi