I was just lurking around today and i stumbled upon the Wikipedia page for Pop'n Music. I then see this: 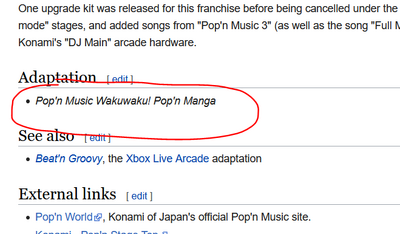 And i searched this up to see if it was real, and this is what I found.

Apparently there was an actual, official Pop'n Music 4koma made by Konami. All i know about it currently is that it was never posted online, (to my knowledge) and it was only distributed via an old Konami paid mobile service app called KonamiNet DX. The service was discontinued in 2016.

I had no idea if theres any way to retrieve the comics, but then my friend ProtoMoons showed me this: 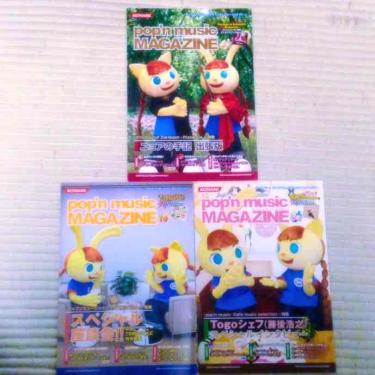 So i'm thinking that some comics were posted in this Pop'n Music Magazine. You have no idea how badly i want to translate these and upload these (especially since this is a discontinued manga)

Should we make an article for this stuff? Im suprised we dont have any information on this on the wiki yet. I wanna translate these and put them on the wiki if possible.

Retrieved from "https://popnmusic.fandom.com/wiki/User_blog:Bishidayo/So_There%27s_An_Official_Pop%27n_Manga?oldid=67140"
Community content is available under CC-BY-SA unless otherwise noted.