Some voice samples and shouts of "Hey!" and "Yo!".

This is my first OMES.

The passion of the tomboyish girl gradually becomes hotter and hotter, reaching a boiling point.

She swings and swings around, eventually rolling around in the sand. 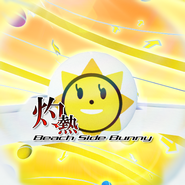