Various voice samples, including "Come on!".

A crossover song from DanceDanceRevolution. 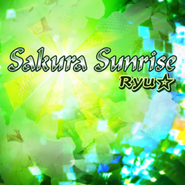