Pop'n Music 6 (ポップンミュージック 6, Popun Myujikku 6?) is a Japanese music/rhythm video game developed by Konami and Bemani in 2001, and the sixth release of the Pop'n Music series. Pop'n Music 6 is also the final game to be released in the original PlayStation console. 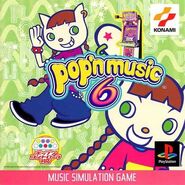 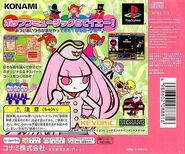