It's been a long time since pop'n music had deliver with Tag.

With her undercooked voice, Ayu-chan
gave me the push up for the quality work that crossed over my hypothesis this time.

Since the things I want to say expressed me soundly,
If I am writing some sentences, oneself for the contribution time is placed on;
Everyone from the pop'n team, please write the music that is not public to me after this.

And, I'm wishing something that reaches for everyone's ears and minds.

I have some fun with you!
That's Hommarju!

Hello! I'm ayu!!
I was allowed to sing a very cool song, with the combination with Hommarju right now!!
It's doubtless by striking to get in the rhythm! Please play to enjoy!

The theme of the music adoption is "Pops".
Hommarju is being inducted into a hall of fame, since he's a person from beatnation RHYZE! Plus, he's going to bring ayu-chan! What a harsh darling!
Though the quality's the best, he received to adopt it, because he already sensed his facing passion for public planning.

He has assaulted a popular and expensive minor-pitched anime song in the wind in Pops. So harsh.
He attacked an earlier BPM with the following degree. So harsh.
He has inserted a hard piano beyond the game. Really harsh.
He came to strike a small sound with his synthesizer in an adjustment task of degrees in difficulty. Very harsh!!
...This is harsh!!!!!!!!!

So they fused together with their nature of music by themselves to understand the factors that were in the game, as to tell the gaming however.
Conversely, the point was expensive, if it is dare aiming on purpose.
ayu-chan has been shown with a cool face, varied in "Like a pop'n music", in a true strength clique to hear NU-KO's variety of identical voices.
The duo's strength became a splendid adoption together.

To know them individually is a satisfaction, because I could meet Erika again. Thanks, darling. 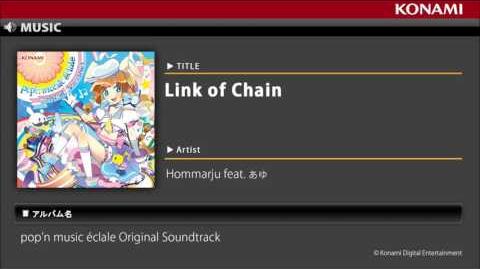