Ibuki Izumi is one of the characters from Pop'n Music Sunny Park, who originally originates from a BEMANI band project, HinaBitter♪.

日向美商店街の洋服屋さんちのスタイル抜群のギャル。
オシャレに敏感な彼女のベーステクは必見だよ！
A stylish, outstanding gal from the Hinatabi Shopping Street's tailor locality.
Her sensitive best take in fashion is worth seeing!

The Izumi couture (いずみ洋装店, Izumi couture?) clothing shop's daughter, Ibuki is a fashionable but easily irritated girl. She and Marika grew up together and are close friends, though she gets embarrassed when Marika calls her Ibu. She plays the bass.

Ibuki resembles of a chocolate-eyed adolescent, possessing blonde hair, styled in both a crown and neck-length. She only has a school uniform that consists of a white polo shirt, a brick red plaid dress, knee highs, and gray shoes. Her accessories are lime beaded earrings, a red-black beaded necklace on her left wrist and a pink sweater wrapped around her waist.

Her outfit in her Great animation is purely white, and includes a veil, a dress, gloves, a garterbelt on her left thigh, knee highs, and high heels. 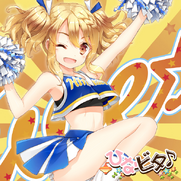 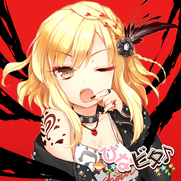 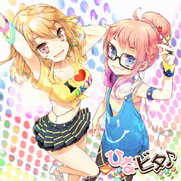 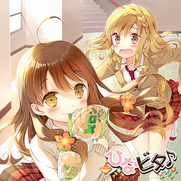 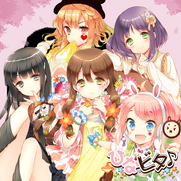 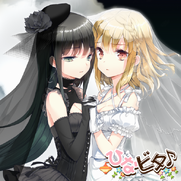