This article focuses on the jubeat knit APPEND/REFLEC BEAT song, FLOWER. If you are looking for the DanceDanceRevolution SuperNOVA song, see 華爛漫 -Flowers-, or the Pop'n Music 2 CS character, see Flower (character).

An impressive refrain is beautiful, a flower that bloomed inside of chaos.

Everybody, today is a nice day for comments.
Every day is colder than before, what is your physical condition?
Please be careful not to catch a cold.

Well, "TRANCE CORE / FLOWER" is one of the link event unlockable songs of the pop'n music Sunny Park location test. The location test times of pop'n and REFLEC were close, so we prepared something like a celebration.


The theme of pop'n music Sunny Park is "park", and since the visual effect of the unlocking system at the location test was a flower blossoming with the number of plays, this song stood first and foremost.
Such a popular track which was crossed over to various BEMANI games, will it have a considerable impact once it's unlocked?
I'm glad I was able to add flowers to fantasia and Sunny Park alongside "TWINKLE POP / Twinkle Wonderland".

In summary, PON made this comment instead of DJ YOSHITAKA, who was busy.
I feel nervous when I give comments to someone else's music.
I feel tense and serious as I can only say ordinary things.

※ The notecount of this chart is different from the later EASY chart (total notes: 237). 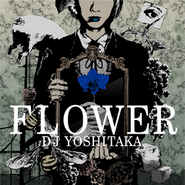 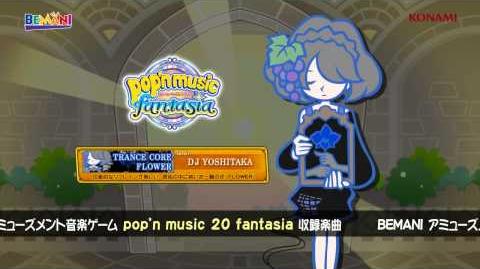